By festus Last updated Aug 18, 2019
Share
After all the wait, the build up, new players coming in and some big names leaving, the biggest and the toughest league in the world returns.
We kick start our 2012/13 campaign with an away trip to Wigan Athletic at DW stadium. This has occasionally proved an awkward fixture for Chelsea in the recent past as both the teams settled for a draw last season in this fixture. The focus of this game could be shifted to Victor Moses who is coveted at Stamford Bridge and could move to London before the end of the transfer window.
Chelsea Team News: Roberto Di Matteo will have an almost full strength squad to choose from with Marko Marin being the only absentee due to a hamstring injury. He could be out until September 15. The club will need to check on the fitness of forward Daniel Sturridge, who was ruled out of the England squad to face Italy with a toe injury. The other new recruit Oscar could be handed his debut as he joined the squad on Thursday. Chelsea will have Branislav Ivanovic for this game after The FA dismissed his 3 match suspension which he received against Man City in the Community Shield last weekend.
Probable Lineup:
Chelsea’s Player to Watch: Fernando Torres 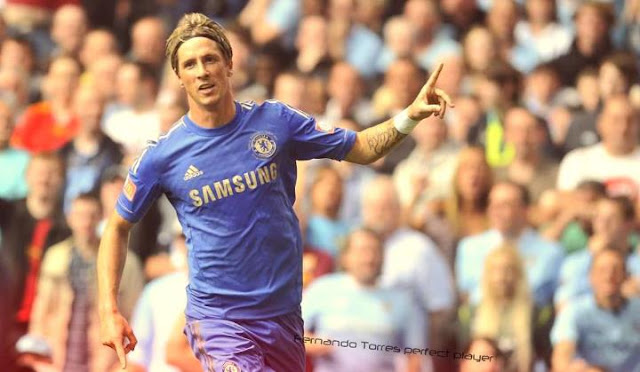 Fernando Torres comes to this game with a EURO Golden boot to his name and a Community Shield goal as well. The Spanish striker is in decent goal scoring form and if he can maintain this run we could be in for some real treat. Are we yet to see the best of Torres? Let’s hope so
Wigan Team News: Wigan come into this game managing to keep their manager Roberto Martinez still in charge of the club and a couple of new signing in Ryo Miyachi (Loan), Kone and Ivan Ramis. Martinez may give Victor Moses a start despite interest from Chelsea. Newcomers Fraser Fyvie, Arouna Kone and Ryo Miyaichi are all available but Ramis remains a doubt after his hamstring injury.
Probable Lineup:
Player to Watch: Victor Moses

Amidst all the speculation of him joining Chelsea, Victor Moses could very well be the man to watch out for. Last season Moses tormented the likes of Arsenal and United with his blistering pace and skills and with an unsettled defense like ours Moses could turn out to be a big threat.

On the "Chicharito to Chelsea" prospect