A generation of players – Right back

In the second edition of ‘A generation of players’ I will be analysing a list of Chelsea right backs from the last decade, and look at who we will rely on to fore fill this position in the future.

Firstly, there are very few natural born right backs within the game and there is just a small collection of world class right backs which consists of the likes of Dani Alves, Phillip Lahm, Gary Neville, and Cafu. But where do our boys stand in the league of right backs?

Now here’s a blast from the past, Mario Melchiot. Melchiot made 169 appearances for Chelsea between 1999-2004. Under manager Claudio Ranieri, he quickly established himself as the club’s first choice right-back. He unfortunately wasn’t part of a Chelsea side that enjoyed the great success we do today. The Dutch Right back was soon replaced when Roman bought the club, however this long playing legend will not be forgotten shortly.

Paulo arrived at Stamford Bridge in 2004 when Jose Mourinho paid a then British record £13.2 million fee for a full-back to purchase the defender who had walked the road to Champions League glory with him at Porto. Both player and manager had also won league titles in Portugal and were immediately into the winning groove in England, with Paulo being one of the major reasons why the Chelsea defence suffocated so many attacks in that first campaign.

Paulo enjoyed numerous amounts of successes at the club and is considered as one of Chelsea best ever right backs. So far he has made 210 appearances and is set to have his swan song this season at Chelsea. 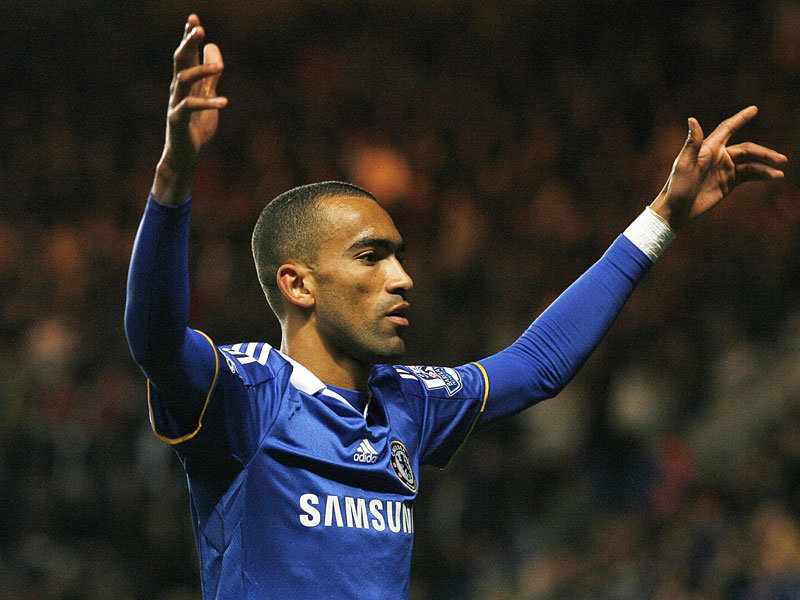 Chelsea bought Bosingwa for £16.3 million in the summer of 2008. During his 89 caps at Chelsea, the Portuguese Right Back enjoy a lot of success and was a member of the Champions League winning side. The highlight of Jose career at Chelsea has to be his performance in the 2-2 draw at the Nou Camp in the Champions League Semi final.

There are no standout features to Bosingwa. He isn’t the fastest of players, nor is he a very physical player, however the defensive minded player had a good career at Chelsea and because of his achievements it is hard to argue that he isn’t a class Right back.

Branislav Ivanović began the 2009/10 campaign as understudy to Jose Bosingwa at right-back, and the Serb only came in when the Portuguese suffered a season-ending knee injury in October. From that day he never looked back, contributing a series of assured displays with his strong defensive work and powerful attacking play.

His 41 appearances placed him as a frontrunner in voting for our Player of the Year award, and although he eventually lost out to Drogba, he joined the Ivorian in the PFA Premier League Team of the Season.

Furthermore, Ivanović was Chelsea preferred choice at right back with the arrival of RDM, and was a vital member of the Champions League winning squad. Whilst he may be considered more of a central defender, Branislav is an attacking minded player and has been rewarded with a handful of goals. On the other hand, Branislav isn’t considered as a pacey winger who can be relied on overlapping and whipping in a venomous cross.

The future of Chelsea at Right Back :

Cesar Azpilicueta – perhaps one of the hardest names to pronounce in Chelsea squad – appears to have found his feet at the Bridge after a run of good solo performances. The 22-year-old right-back, who represented Spain at the London Olympics, arrived at Stamford Bridge following a two-year spell in France’s Ligue 1 with Marseille.

But what does the future hold for our talented young Spaniard? Cesar shows more common characteristics of a full back, with his pace and desire to whip in a cross. Game after game we are seeing more of this from him and it is very pleasing. His assist for Hazard’s goal against Wigan is a prime example of this. Furthermore, being Spanish Cesar is also going to be playing alongside world class players on a national level, with already achieving a call up for Spain. This will only improve his game even more.

Chelsea already has the best Left Back in the world, and even though there is a long way for Cesar to go, we could be looking at a future Lahm, Maicon, or Alves!

Let me know who your favourite Chelsea right back from the past decade is, and if you feel we need to look another one.

The solution to the Double Pivot

Chelsea officially, the best team in the world