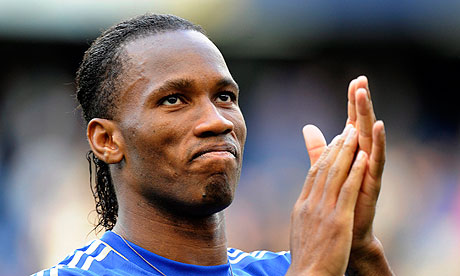 The Champions League Draws went of to a beaming start as the expectations of Chelsea Fans, Beamed into a Reality, as everyone had the expectations of Facing Turkish Giants, Galatasaray which boosts the return of The King, Didier Drogba to the bridge.

Didier Drogba has been a Legend and will always be. The Scenario, of Facing the Legend who scored
157 goals in 341 games for the blues and also netted the Champions League Winner against Bayern is both a Tragedy and Comedy.

Our Domestic Rivals, Manchester United, Manchester City and Arsenal weren’t left-out as they had a fair share of the Beam.

Manchester United will have an easy task (on Paper) as They Face Greek Side, Olympiakos.

While City will Face Barcelona and Arsenal Bayern Munich, which has created different opinions.

A lighter look on Chelsea vs Crystal Palace

Manchester City move was not a plan, assures Frank Lampard