Chelsea Back on Luka Modric? 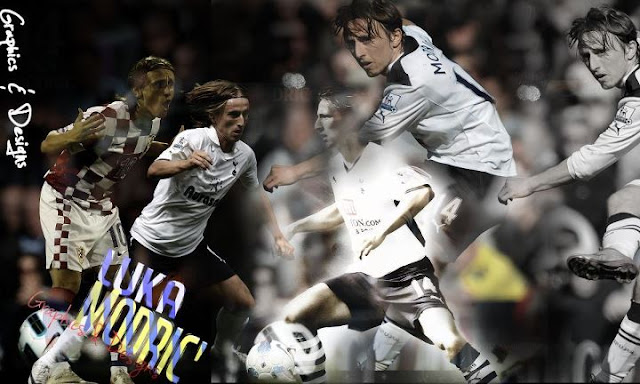 Chelsea Back on Luka Modric?
Luka Modric, a name all Chelsea fans are familiar with. A prime target Chelsea fail to sign last summer. Modric has been reported to on his way to Santiago Bernabeu in these few weeks. Well, a twist of events had just occurred, as Chelsea is reported still very much interested to sign the Crotian, and Roman is ready to outbid the Spanish Champions with a £36M bid. Now I’d personally love to see Modric come to Stamford Bridge, as he’s a player we need to perfect our midfield. He will be played, as our “Pirlo”, which no player currently in the squad, are capable of playing that role. Well, Modric will complete this puzzle. You can read the reports here,here and here.
Now another reason why Modric will fit in is because we need that player who can control our midfield. Our attacking force is already a formidable force, but we still lack that midfield spark. We need someone solid on the ball and can control the middle pitch, with dribbling, movement and direction. Last season saw us often have problems in midfield, so we rely on long balls to be held up or counter attacks. Just imagine Modric pulling the strings from deep and Mata striving the through balls to either Torres, Hazard or hopefully Hulk. Now what an exciting season it will be. Plus the addition of either Piszczek or Debuchy, we will see beautiful link up plays from way back all the way to our attack, in style. Modric will also be able to provide transition from defense to offense via traveling with the ball. Our attacks will be more direct and potent. We will be able to keep the ball in the attacking end and cycle the ball on offense once we establish possession. Isn’t it all exciting to imagine? Yes. But some concerns still pops in my head, and here’s a few of them.

Now this is a very serious matter, we had an article about this, you can read about it here. Now what the rule underlines is that a club cannot spend more than their income. Their spending must be lower or equal to their spending. Now Chelsea earned around £60M by winning the Champions League Final. So that will be a huge boost. We’ve spent £32M on Hazard, and IF both deals on Modric and Hulk were completed, that would be a whooping £66M (IF we get Hulk with £30M). All in all it sums up to a huge £98M. Plus spending for either Piszczek or Debuchy with the amount around £8-15M. So it all adds up to either £106M or £113M. WOW. Say we spend all our Champions League prize money on player transfers; we would spend around £46M or £53M. Now the annual year incomes from TV revenues, ticket sales, and merchandise and so on for 2012 have not been released yet, so we’re still in the dark in that area. Last season we did spend around £62M for Torres and Meireles alone. Plus IF we do sell Meireles or/and Essien, we might be able to cut back the expenses we spend. So if all these transfers come through, will we be able to safely avoid the FFP ruling? I think and certainly hope so. But one never knows, Roman and the Chelsea hierarchy must be careful with their spending. But then again Hulk is still not confirmed yet and we still are linked to other cheaper but quality signings such as Schurrle, Moses and Jovetic.

Di Matteo is believed to be using the 4-2-3-1 next season. But the question is, if we do get Modric, he’ll certainly be a starting 11, so who’ll be left out? Now Modric is a versatile midfielder, who can play as an attacking midfielder or a defensive midfielder. My bet would be that he’d play as one of the 2’s in the formation as a deep lying midfield. But the problem is, Lamps and Ramires (suppose Hulk/Schurrle fill the RW position) were the players to fill those position. If we don’t get hulk, then Ramires can be played as right wing and Lamps and Modric fill the midfield. But it’s another case if we do get a RW. My guess then would be rotating both Lamps and Ramires. Plus we still have (if Essien and Meireles leaves) Mikel, Romeu and McEachran. So that’s a lot to choose from. Plus if Mata is substituted or rested Modric can fill the attacking midfield position. We’ll have a very versatile and rich in depth squad next season.
Well those are just little concerns that I, as a fan have. But the main concern is still on the FFP rule. So I do hope Roman and the Chelsea hierarchy knows what they’re doing and keep the spending intact with the income. Never the less, if Modric finally arrives to Stamford Bridge, what a squad we’d possess next season. Plus the addition of Hulk and Piszczek/Debuchy, I’d have great expectations for us achieving numerous glory.
Till then, keep the Blue Flag Flying High…
#HWCFC

The right-back problem: What are our options?