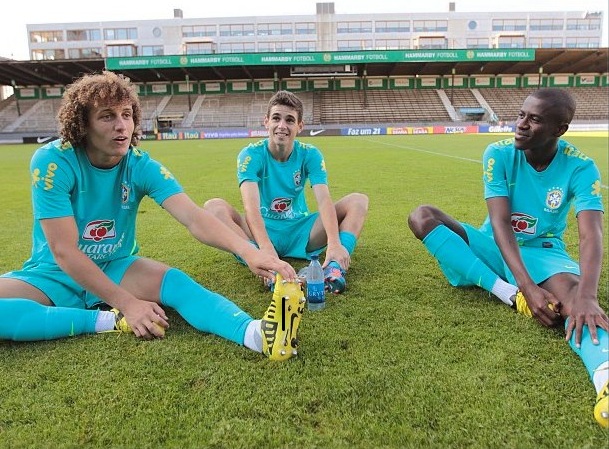 This may be the perfect time in the season for a international break in Chelsea’s perspective.

Before our humiliating defeat at the hands of Atletico Madrid in the Super Cup, the international break looked a distraction from our fantastic form in the Premier League. Now it seems like a good time to have a break from matches for a while. Most of the first team players have been selected by their nation and flown to various parts of the world to represent their in friendlies and qualifying matches.

This break of two weeks from Premier League matches will be helpful for us, especially Juan Mata. He featured a lot for us last season and at the end of it he looked very tired and worn out. After the Champions League final, he had a weeks rest before joining up with Spain’s Euro 2012 squad. Although Mata only featured once (in the final) he trained heavily for a month. After that, he had two weeks off before arriving in London to join the Spain Olympic team as one of their three over-aged players. Spain had an awful tournament and failed to score in their 3 group stage matches, they were subsequently knocked out. Soon after being knocked out, Mata joined the Chelsea squad along with with Oriol Romeu before the Community Clash with Manchester City. Juan Mata will be vital for us this season and having him fresh is a must. Spain have not selected him in their upcoming World Cup qualifiers after a special request from Chelsea.

Six Chelsea players were originally picked for the England squad but that number reduced to 5 after Ashley Cole pulled out from it due to ankle injury. Youngster Ryan Bertrand has been picked for the second time in his career after making his debut in a friendly against Italy in mid August. Sturridge will probably make his 4th and 5th appearance for the ‘Three Lions’. Chelsea newbie Victor Moses was selected to play for Nigeria in AFCON qualifiers. Fernando Torres has been included in the Spanish team and the Brazilian trio of Oscar, Luiz and Ramires have also been selected to represent their country.