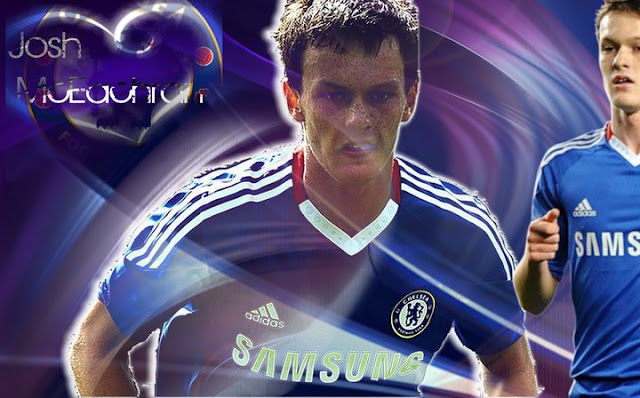 “Looks like a star is born at the Stamford Bridge”, these were the words the commentator said when Josh McEachran made his first home debut for the Chelsea senior team. He played against Newcastle in the League Cup in 2010. We lost that game but Josh McEachran, 19(back then 17) shined for us. Signed by Chelsea when he was just 8 years old,he impressed everyone with his astounding skills.

After that Carling Cup game, it was no doubt he would be awarded more playing time. And he took them gratefully. He became the first player born after the introduction of the Champions League to feature in that competition. He made nine starts and thirteen sub appearances under Carlo Ancelotti in the 2010-2011season in which he was mainly used as a deep midfield player. His frequent inclusion in the team line up was viewed by pundits as a sign that Chelsea are keen to keep the youngster in the club. He was awarded Chelsea’s young player of the year award in that season.

Half a season wasted at Swansea?

After awarding a five year deal to him prior to the start of the 2011-2012 season, it was obvious that Josh was in Chelsea’s long term plans. And this continued with giving him the number 20 jersey, last worn by Deco. He thanked Chelsea with a series of impressive performances for the team whenever he was given the chance. He scored his first goal for senior team in the 2-0 win over Aston Villa in the pre-season Barclays Asia Trophy 2011. After the season started, he earned a couple of League Cup games. However with the addition of Juan Mata and Raul Meireles to an already crowded midfield of Chelsea, playing time for him went into decline and so Chelsea sent him on loan to Swansea City in the 2012 January transfer window.

Although he was in real juice about the loan move, it didn’t turn out too good for him as game time for him lacked at Swansea too. He made just four appearances for then Brendan Rodger’s team. Both his debut and first start ended up as losses. However Brendan Rodgers iterated that Josh has benefited by his loan move to Swansea.

Josh is best known for his ability to unlock defenses with close control on the ball, his vision and composure. He looked up to Andres Iniesta and Zinedine Zidane as examples. Former Chelsea assistant manager compared him with Liam Brady. Stuart Pearce (England U-21 manager) after a game against Italy U-21 praised him by saying,“Chelsea think extremely highly of him and you can see why. He’s got ability and vision. All our cutting edge passes probably came from him.” Although his desired position is attacking midfielder role, he was mainly deployed as a defensive one under the management of Carlo Ancelotti. But he got his desired role under Andre Villas Boas who said, “His brain is always five yards ahead of the rest. I see in him very much as part of the future of this club.” After signing him on loan for Swansea, Brendan Rodgers said, “He’s a wonderful technician with the ball, with great vision. He is an immense talent, which he will demonstrate over the next number of years. His talent is all there to see, its pure natural ability.” As you can see word praises are rain for him.
He has won the FA Youth Cup with Chelsea in 2010 and at international level he won the UEFA Under-17 Championship the same year. Individually he’s won the Chelsea’s young player ofthe year in 2011 and Oxfordshire Sport Award’s Sport Man of the Year 2010.
To sum up, I must say he’s a youngster with huge talent. He desperately needs more game time. The way he touches the ball, the way he delivers passes, the way he dribbles is all natural talent. These talents need to be developed with more time with the ball. Otherwise Chelsea are going to waste an enormous lot of talent to nothing. He’s really a star in the shadow.
#LimCFC
#CFC360

Shaping up for Next Season Extra