After a good but not so convincing win over Wigan on Sunday, Chelsea continue their Premier League campaign against newly promoted club Reading. Why a midweek game? Well since Chelsea has to play Atletico Madrid on 30th August (Super Cup) this match has been shifted.

There were a lot of positives from the previous game against Wigan especially the form Eden Hazard who claimed 2 assists in Chelsea’s 2-0 win. Ryan Bertrand who just seizes to amaze us every time he plays had a decent game as well starting in place of unwell Ramires. Although Chelsea did go 2-0 up inside 6 minutes we never really looked threatening after that. Fernando Torres had a very average game and so did Juan Mata who looked tired more than anything.

On the other hand Reading made a decent start to their campaign with a good 1-1 draw against Stoke City.  It was a nervous day for the promoted club who scored a 89th minute penalty to earn a valuable draw. Reading went behind early thanks to a Kightly goal but managed to come back thanks to Le Fondre’s spot kick. Reading will be hoping for a better display against Chelsea and Brian McDermott will be hoping that his side can show their Championship winning form against the European Champions

Chelsea go into this game with only 1 major absentee, Marko Marin who is expected to be out till September. Chelsea manager Roberto Di Matteo confirmed that Ramires is fit and will feature in this game after he recovered from his illness. Also Daniel Sturridge might get his first piece of action this season after he recovered from his toe injury. New recruit Oscar who made his debut against Wigan coming on as a sub might replace Mata in the starting line-up who is expected to be rested. 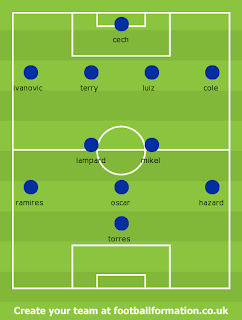 Reading midfielder Jem Karacan will miss the game after failing to recover from a leg injury. Striker Jason Roberts is suspended and Jimmy Kebe is out with a hamstring injury. New goalkeeper Stuart Taylor is available but unlikely to start. 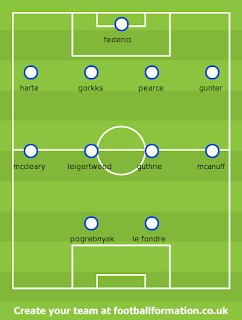 Eden Hazard- After an outstanding display in the opening game against Wigan, Chelsea fans must be hoping that Hazard can continue his good form when he plays his first game at Stamford Bridge. The Belgian international who made a big money move from Lille will be under a lot of pressure to live upto his price tag but if he can come up with another magical performance like last week we can be in for another special night.

Pavel Pogrebnyak- Reading’s new recruit did not have the best of the games against Stoke but still remains a forceto reckon with. Signed from Fulham at the start of the window the Russian striker is full of experience and his achievement shows that. The lad has a real eye for goal and showed that during his short stint with Fulham last season.

Azonto Epistles 1: So what has happened to Loyality in Football?

Where Is Ramires’ Best Position?