Garry Monk’s men took on Chelsea at Stamford Bridge in a top of the league game. Swansea took the lead earlier on via a silly John Terry own goal in the 11th minute. Chelsea kept pushing and pushing for a goal. Former Arsenal shot stopper Lukasz Fabianski saved some couples of shots on goal from Chelsea players.

The home team’s goal came in the 44th minute when Cesc Fabregas’ corner was converted by a Diego Costa header. For those who do watch Chelsea FC home matches since the second coming of Mourhino, it was a matter of when and not if the goals will come.

Halftime came and the score was still levelled 1 – 1. Chelsea was on the attack for 10 minutes until a Fabregas assist to Costa came. The blues also got another goal in the 67th minute as Costa bagged his hat trick. 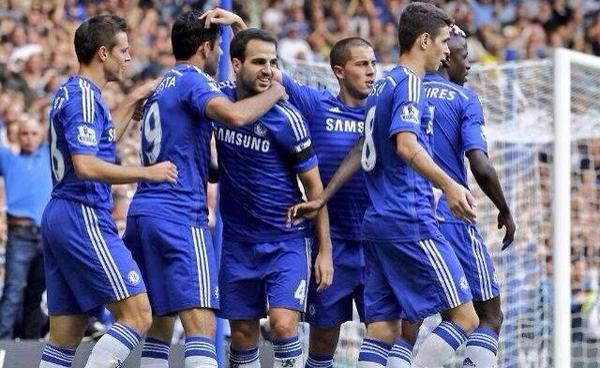 Loic Remy came on for Costa and scored a Debut Goal! The swans later scored late as Jonjo Shelvey scored an easy goal assisted by Wilfred Bony. The match finished 4 – 2 in favour of the home team.

Before kick-off, there was a perfectly observed minute’s appreciation for Lord Attenborough, who died on 24 August.

Action kicks off and Hazard showed some amazing skills near halfway and created space for Ivanovic wide on the right but his pass was cleared.

Chelsea kept the pressure up and Diego Costa’s first shot of the day was taken out by a deflection.
Swansea came forward for the first time through Routledge, but his volley flashes a fraction wide.

Shelvey’s late tackle on Fabregas results in a free-kick in a good position. Schurrle in front of the ball but his delivery was headed behind for a corner, which Fabianksi caught with ease.
Ten minutes later Swansea got their breakthrough through a stolen ball from Matic which was converted to a counter-attack in front of the 18 yard box where Ki Sung-Yueng slipped in a low pass behind the Blues defence into the way of Gomis who was in an offside position but the swans left-back Neil Taylor who was onside came forward with a teasing delivery into the 6yard box which was difficult to clear by a stretching john terry and unfortunately hitting the ball with his toe into the free net.
Oscar tried a low placed shot from the edge of the 18-yard box but was wide. Gomis rushed past the Chelsea midfield but slices his shot well wide of the diving Courtois.

The visitors took control of the match after the goal. Swansea went close again through Routledge who curls his effort beyond Courtois and also the far post. At this stage, my friend who I managed to get a match ticket for via website of 1st4footballtickets.com was almost regretting purchasing a match ticket.
JT met a Fabregas free-kick but his header loops onto the roof of the net. Chelsea probed near the Swansea area and Diego Costa was very close to picking out Hazard with a decisive through-ball.

Oscar did excellently on the right to take the ball past Taylor but his cross was pouched by Fabianski, and Hazard shot was wide.
In the 44th minute Chelsea won a corner. Fabregas’s corner found Diego Costa who powers a header home. 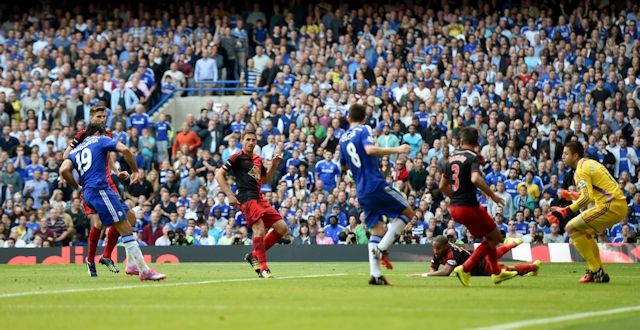 The referee signalled the end of the first half.
Half Time: Chelsea 1 Swansea 1.

Second half started with great attacking play from Chelsea where Taylor was booked after a crunching challenge on Oscar. However, Chelsea won a corner.
Fabregas cross reaches Diego Costa who’s shot on the turn was deflected over by Ivanovic.

Hazard drives at the Swansea defence, cuts inside and shoots but it was a comfortable one for Fabianski.

Shelvey tried his luck from range but his shot was wide.
At one end Hazard draws a save from Fabianski but was hacked away by Gomis.

Ramires’s shot was weak but Diego Costa reacted fast and latched it into the net. 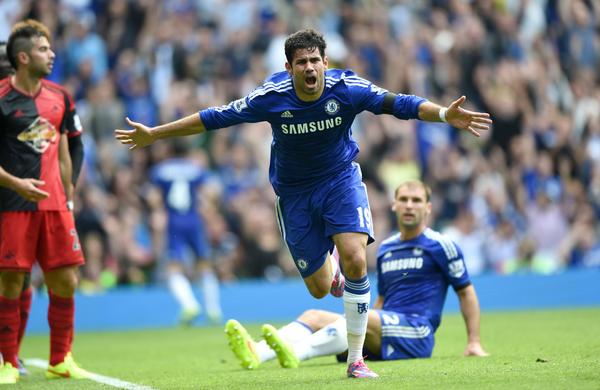 Hazard kicked a weak pass to Remy on the edge of the box and his first shot in blue curls over Fabianski’s bar.
Hazard found Oscar who picked out Remy, his finish was unerring into the bottom corner.
Loic Remy scored on his Debut match.

Jonjo Shelvey found himself through on goal and he slotted beyond Courtois in the 86th minute.
Salah went on a tricky run down the left, and then from the right side shoots not far wide.
Montero found Bony with time almost up but his shot goes wide.