The Marin and Torres Combination 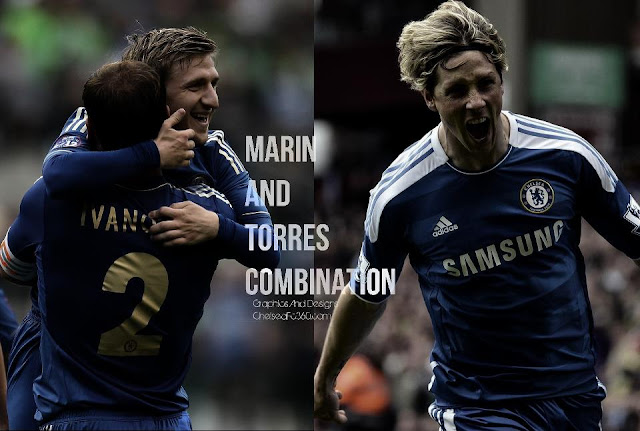 During the pre season tour many current Chelsea players have been asked what they think of the new signings. Also new signings have been frequently asked about who they can’t wait to play with at Chelsea. The most publicized quote came from our new German Winger Marko Marin when asked about playing with Fernando Torres. Marin Stated “Fernando is a top player. For us wingers, it’s nice for us to have a player like him up front, He’s fun to play to with. He’s very fast and sharp. I look forward to playing with him.”


Marko Marin and Fernando Torres have had very much in common in the last 3 years.  In 2009 Fernando Torres had previously kicked the winning goal for Spain against Germany at Euro 2008 and was idolized by those in his country. He was also enjoyed an outstanding 33 goal in 46 games tally in the Premier League and was arguably in the best form of his life. Meanwhile in Germany a young winger called Marko Marin was emerging at Werder Bremen alongside fellow German Mesut Ozil. Marin Enjoyed great success in the 09-10 season scoring 7 goals and having 14 assists and earning himself a spot in the 2010 German World Cup squad. Meanwhile Torres was still in great Goalscoring form in the Premier League.

Then the Injuries Struck. Torres had knee surgery at the end of the 09-10 Premier League season and even though not being anywhere near 100% for the World Cup, Spanish coach Vincente Del Bosque selected him in the squad. From there on has been described as the downfall of Fernando Torres. He was heavily criticized for his performances at the World Cup. Torres then in the January Transfer Window of the 10-11 season completed his record breaking 50 Million Pound deal to move from Anfield to Stamford Bridge. Roman was much criticized for this extravagant deal because it was seen as ‘Roman’s Deal’ and not a player wanted by coach at the time Carlo Ancelotti and that Torres was out of form at the time. Torres Struggled for the rest of the season only scoring once in 18 games. He started the 11-12 season brightly but then faded out due to the rise of Daniel Sturridge and Didier Drogba returning to form. Towards the end of the season Torres started to regain form scoring goals in the FA Cup, Premier League and most Notably the Champions league against Barcelona where he scored the goal that ” repaid the 50 million Pounds”.

Marko Marin spent half of his 11-12 season on the sidelines with constant niggling injuries. Every time he did come back to play he looked a shadow of his former self. Marin only managed 22 games last season in which he scored 1 goal and provided 6 assists, the first time since 07-08 season where he has managed less than 10 assists for the season.

What I expect next season is Torres and Marin to help each other get back to form. Torres has been showing extremely positive signs towards the back end of last season and during Euro 2012 where he took out the Golden Boot. Marin has also been impressive in the pre-season scoring and assisting once while also providing many more opportunities which just havent been taken. As we all know from his Liverpool and Atletico Madrid days Torres is a deadly finisher who can pretty much score from anywhere so if Marin gives Torres the amount of opportunities he has been providing others in the pre-season, it could be the start of an absolutely lethal combination.

…and That is Why we Love Roman Abramovic

End of Transfer: How did we do?